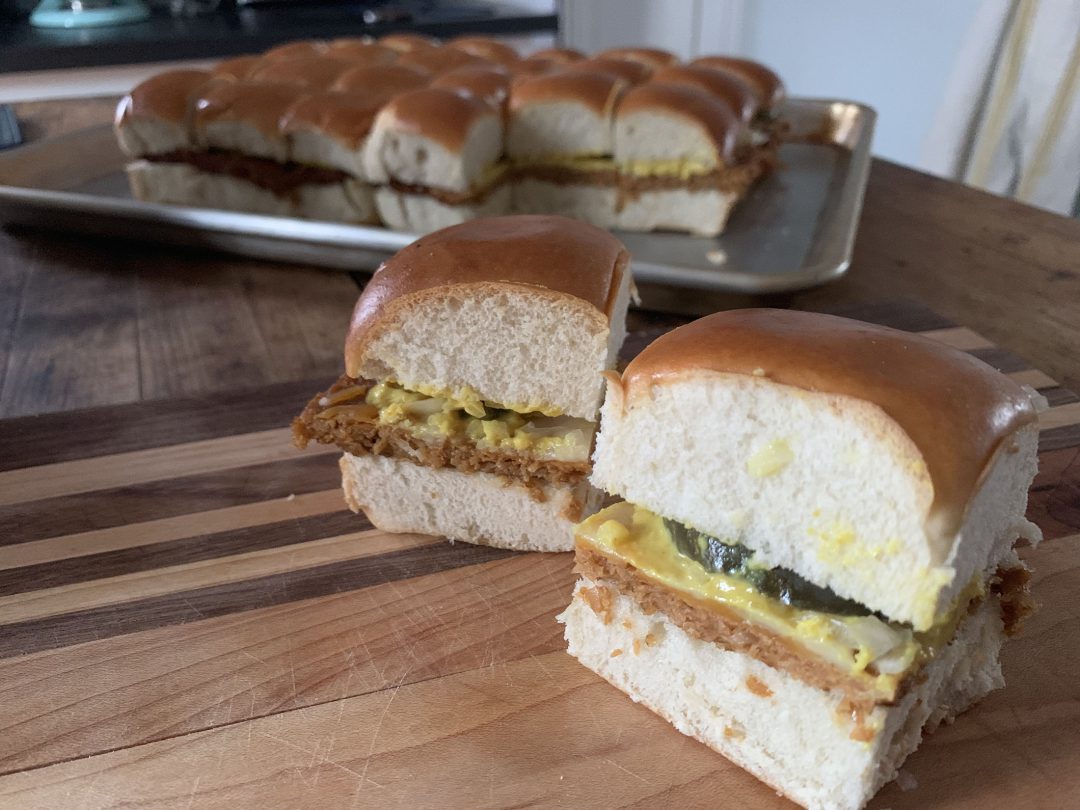 In full transparency I am not on a complete plant-based diet; however, it certainly feels like each trip I make to the grocery store I am purchasing less and less animal derived products. (For additional clarity I do not eat meat.)

I recently attending a lecture by Jonathan McIntrye on the role technology is playing in creating synthetic proteins that can mimic structures found in things like eggs, cheese and meat. With advances in being able to recreate the textures of animal by-products I can’t help but wonder if we will enter an era where we stop thinking of things such as the Impossible Burger as merely being “veggie burgers” vs. merely what it is–that is to say, a burger.

For example, A good friend of mine opened up a restaurant in Tucson, Arizona called Beaut Burger. He made a concerted effort to not attach any specific vegan or vegetarian nomenclature to his brand. In some cases patrons have wandered in not knowing that the menu was, in fact, plant-based. The burgers are just burgers, of course without the environmental impact and ethical concerns attached to animal commodities. Not surprisingly, carnivores have expanded their palette to include food such as Beaut Burgers into their gastronomical repertoire. The days of frozen hockey-puck style veggie burgers, or rather, the expectation of a veggie burger is rapidly changing.

If Wall Street is the barometer of good (or bad) tidings, Beyond Meat’s IPO valuation was four times what was expected. An eighty-million dollar revenue stream is now worth four billion.

This is even happening across the pond. Danes are known for their love of meat, especially pork. Yet Danish company Naturali launched a similar product as Beyond Meat. The demand was so great the company had to move production to a larger facility.

I’ve been buying Beyond Meat at our local Whole Foods for awhile. Oddly, and quite shockingly, Trader Joe’s is way behind the curve on this one only selling old-school veggie burgers that fall flatly within the domain of frozen hockey pucks. What’s great about Beyond Meat’s burgers is their versatility and malleability. Unlike a traditional frozen veggie burger, Beyond Meat’s burger patties can be shaped and molded into whatever you want. I’ve made everything from meatballs to shepherd’s pie. But probably my favorite creation is a White Castle burger (or if you live in the South, a Krystal burger).

For many who did not grow up around either of these establishments, a White Castle or Krystal burger is the original slider. It’s a tiny square hamburger and not uncommon for one human being to be able to gorge on 7-8 of these things in one sitting. In college that number becomes greatly exaggerated. They are very simple and are served on a Hawaiian-esque roll, a dollop of mustard, some minced onions and exactly one pickle.

To make this vegan version you will need:

Preheat oven to 375°F. On a baking sheet take two of the Beyond Meat patties and shape into a rectangle approximately the shape of the dinner rolls. The thickness should be about 1/8″ thick, which is about the same thickness as a White Castle burger. Please note in these photos I doubled the recipe to make a total of 24 burgers, i.e. one package of Beyond Meat (2 patties) will yield 12 vegan White Krystal burgers.

It should take about 7-8 minutes for the patty to cook on one side. You should be able to flip the patty over without it falling apart to cook the other side. 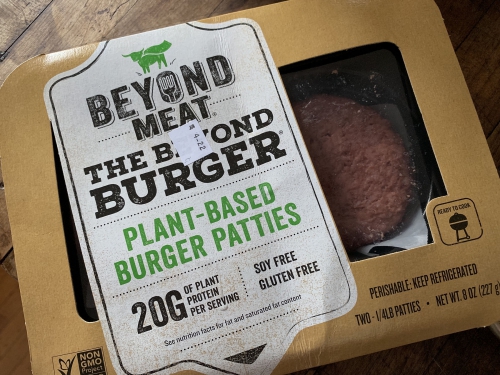 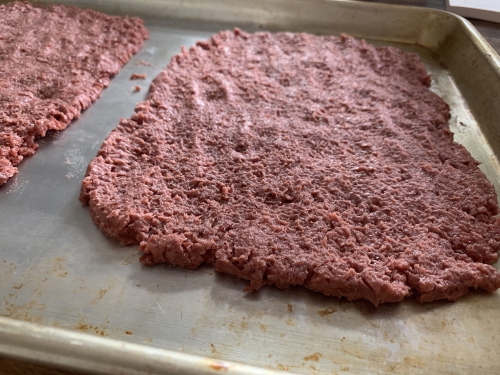 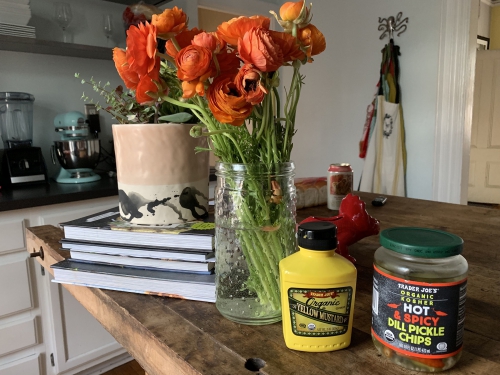 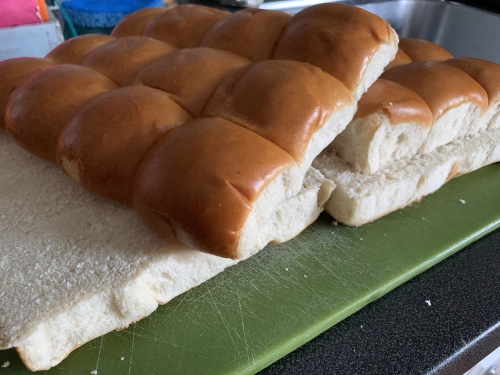 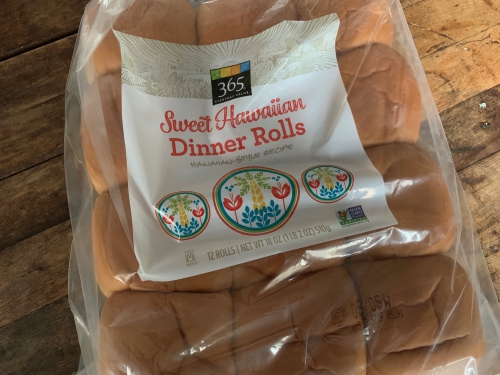 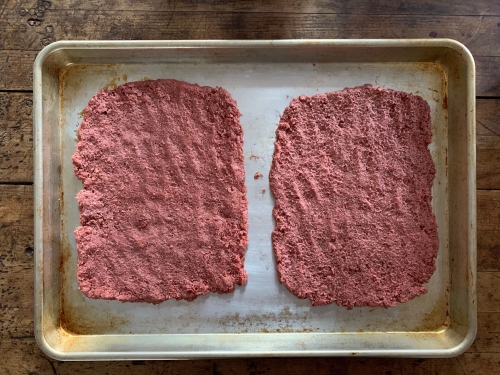 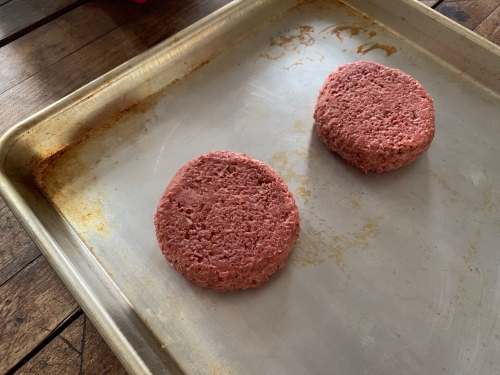 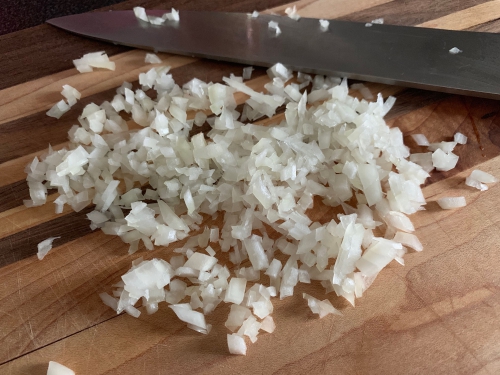 Slice the rolls in half (tops from bottoms) keeping intact the individual rolls. Once the patty is cooked you can actually sop up some of the excess liquid with the rolls for additional flavor. Place the patty on the bottom rolls and then add finely minced onion, a dollop of mustard and a pickle slice. Place the top of the rolls to complete the masterpiece and then divide into single hamburgers. Ta-da! 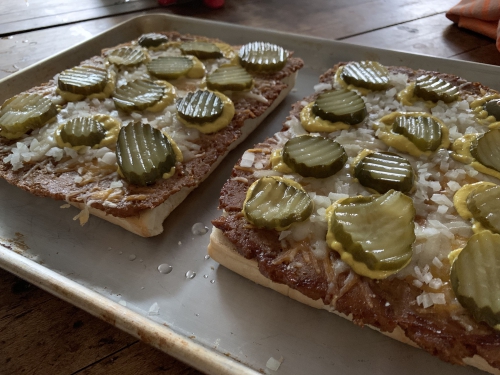 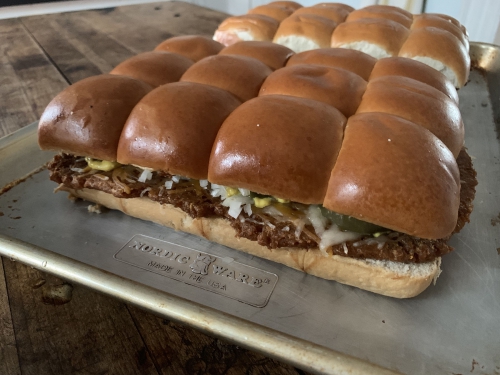 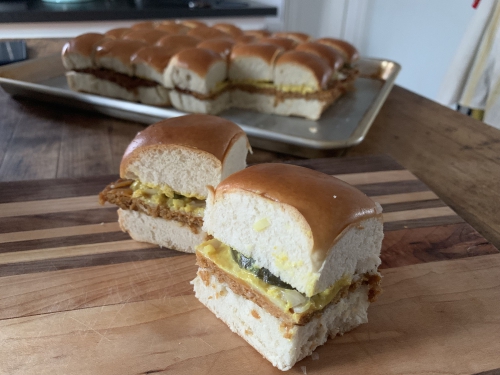 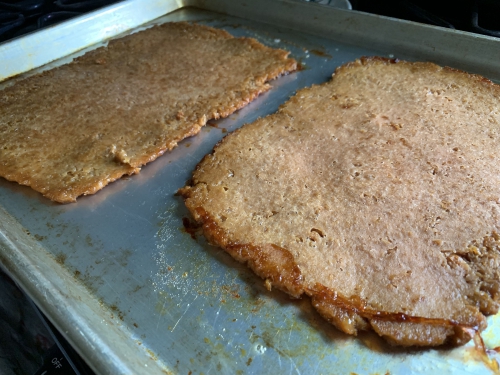 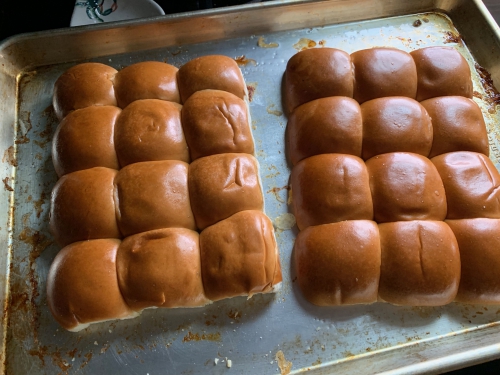 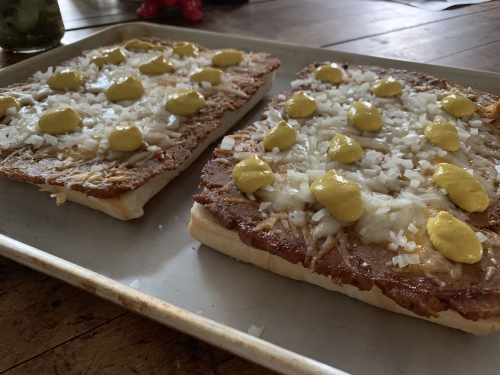 I recently brought these to a party with many vegan and non-vegan folks and they were a big hit. I’d love to hear from my readers. What do you think? 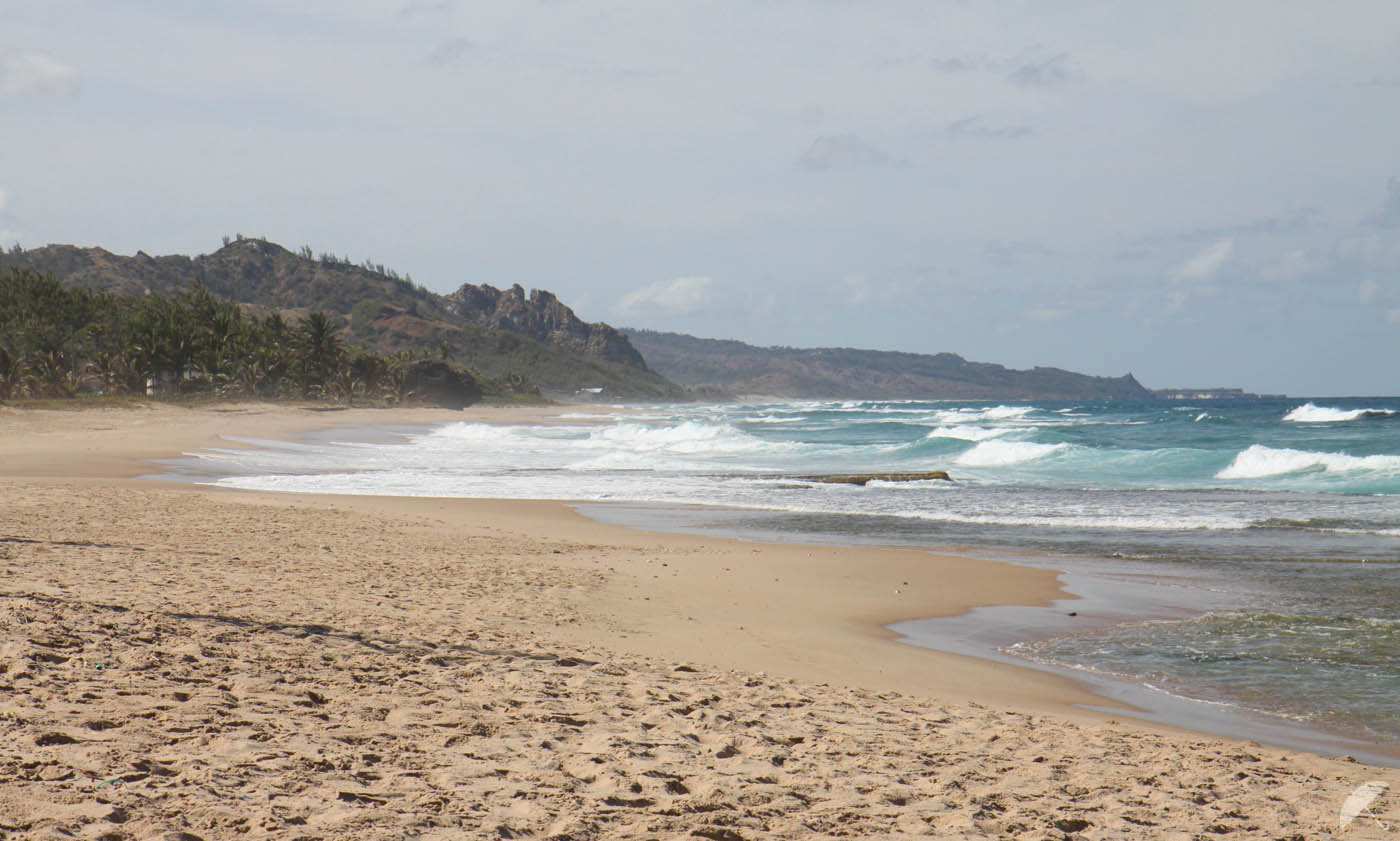