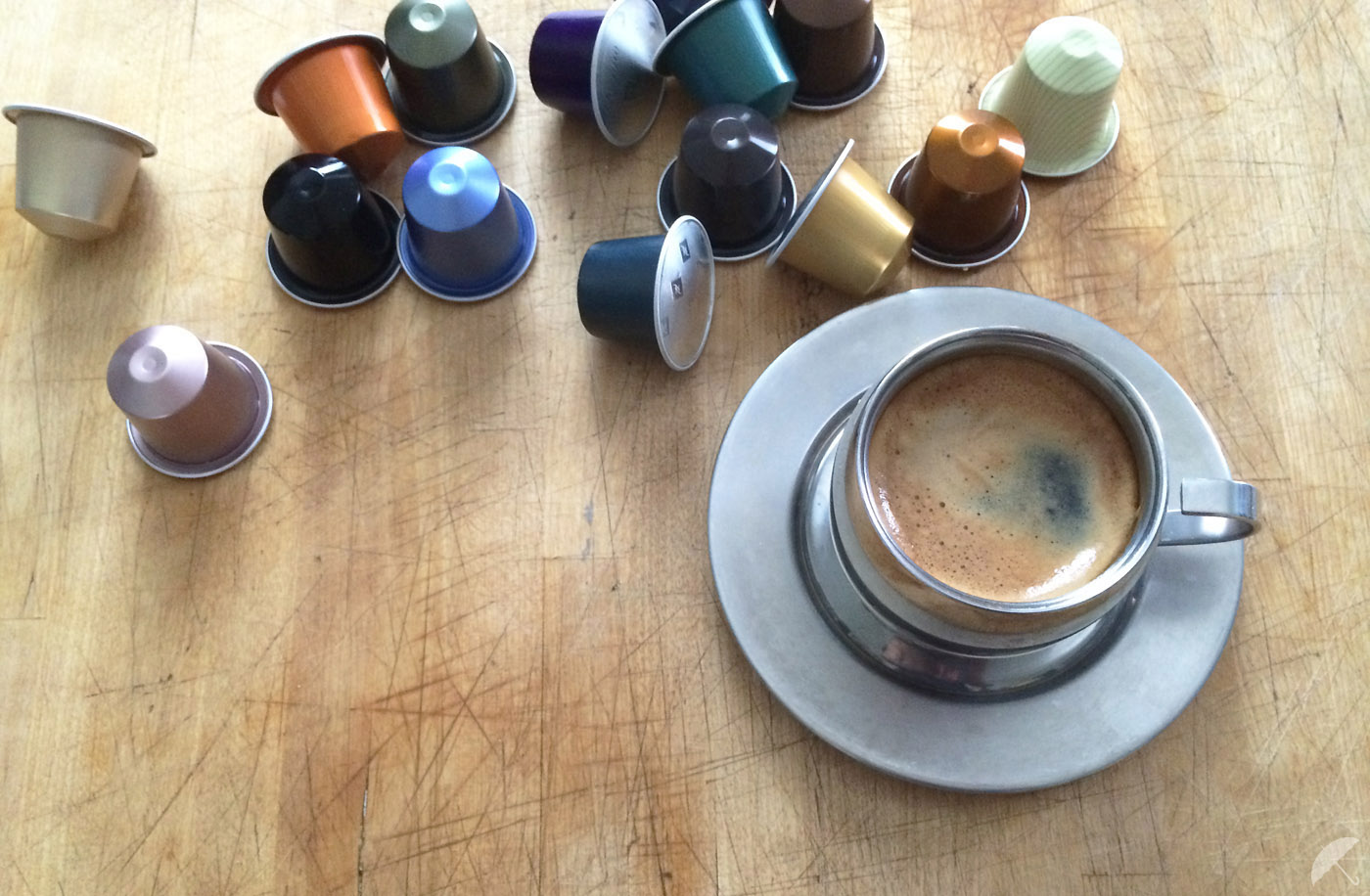 I was not paid, compensated or asked to write this post.
All views expressed are that of my own.

I recently returned from Europe where I was kindly reminded me of how much American coffee sucks. With very few exceptions, I find American espresso to be too much of itself. It’s a perfect example of American affectation at its worse: take something good and just beat the shit out of it until it’s bigger, badder and bloated with unnecessary pretense.

I wish I was solely talking about Starbucks, but I am also speaking of the new local place that opened down the street where they take their coffee very seriously. But sometimes that’s precisely the problem… very serious ≠ very good. It doesn’t matter if the beans are fair-trade single-origin heirloom coffee beans… if you roast the shit out of the beans (locally mind you) it doesn’t matter if the coffee was grown for Dunkin’ Donuts in Rhode Island.

I did not have a single bad spot of espresso in Paris. Anywhere. Why is that? Why can’t we accomplish good espresso in America?

I know I sound like a coffee snob. I just don’t like “coffee”. I like espresso. Good espresso. Well made espresso. I think there is this presupposition that espresso drinkers believe they are superior to their caffeine addict counterparts. It’s not true. Some people like scotch and some people like beer. Whatever. It’s a preference–nothing more. But with all things, there is good beer and shitty beer. There is good scotch and shitty scotch.

I haven’t owned a conventional coffee maker in probably a decade. In this time I have cycled through at least four or five espresso machines–they all last about 1-2 years before crapping out. Each machine I’ve owned has possessed its own set of quirks, i.e. don’t pack the espresso too tight, don’t pack it too loose, etc… a lot of variables. And like the variable mechanics of a solid swim stroke–a lot of things can go wrong.

The amazing little flat we rented in the 6th arrondissement in Paris this past month came with a nifty little gadget… a Nespresso machine. Our gracious airbnb.com host, Sophie, was kind enough to point it out as we used it liberally.

Look, I know I am a million years late to the game, but this little machine makes fairly decent espresso.

The best way to describe a Nespresso machine: Keurig is to coffee what Nespresso is to espresso. A capsule is inserted into the machine and in a few seconds you have a near perfect demitasse of espresso. Nice crema… good balance, not bitter.

Upon returning to the states I swiftly ordered a Nespresso machine, the Pixie to be specific. (Around $200.) 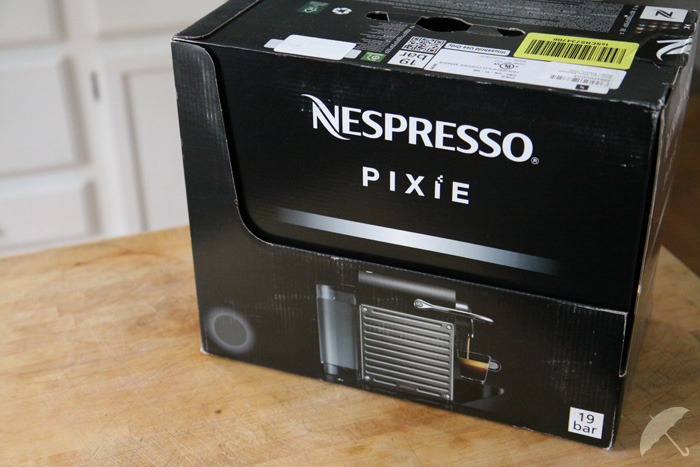 I am now Nespresso’s bitch. 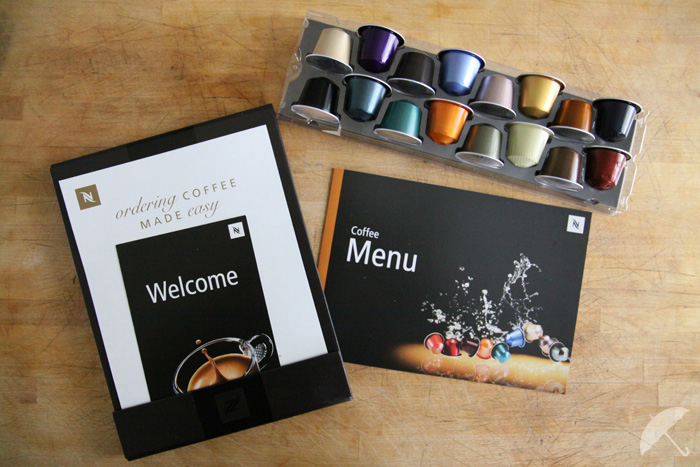 Nespresso has obviously taken a page out of the Apple playbook and deftly taken into consideration the full monty. The full reveal. The unveil.

Before the Pixie could even be removed from the outer carton I was presented with a substantial hotel concierge folio and a sample of 16 Nespresso capsules carefully curated in color. What is not to love here. It’s like the good people at Nespresso have a target on my forehead.

Just look at the colors!

The welcome message is amazing. I seriously almost did a spit take after reading this… 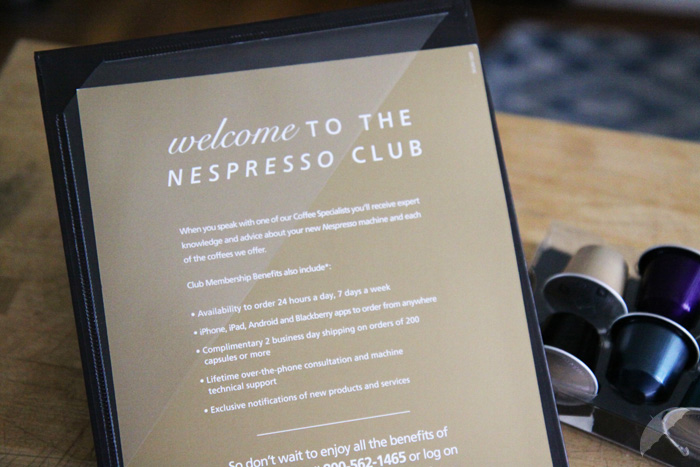 You cannot escape your new  Nespresso dealer. Order on your iPhone! Your iPad! 24 hours a day! 7 days a week! Order from anywhere! But this is the best… “complimentary 2 business day shipping on orders of 200 capsules or more.” 200 capsules? That’s like six months of espresso.

And then… it hit me. In one day I had Nespressed my espresso gland four times. After slowly doing the math, 200 capsules seemed about right. Almost… necessary. MUST ORDER RIGHT NOW.

The machine itself is über-compact and ideal for small kitchens with limited counter space. The footprint of the machine is about the size of a pair of 6″ pumps. It feels weighty and seems to be a combination of metal alloy but (mostly) plastic.

All snark aside, I’m smitten with my Nespresso Pixie. I do like the convenience, the color-coded capsules and most importantly the end result–which is to say better than most espresso available in America. Sorry America. You do some things really great… just not espresso. 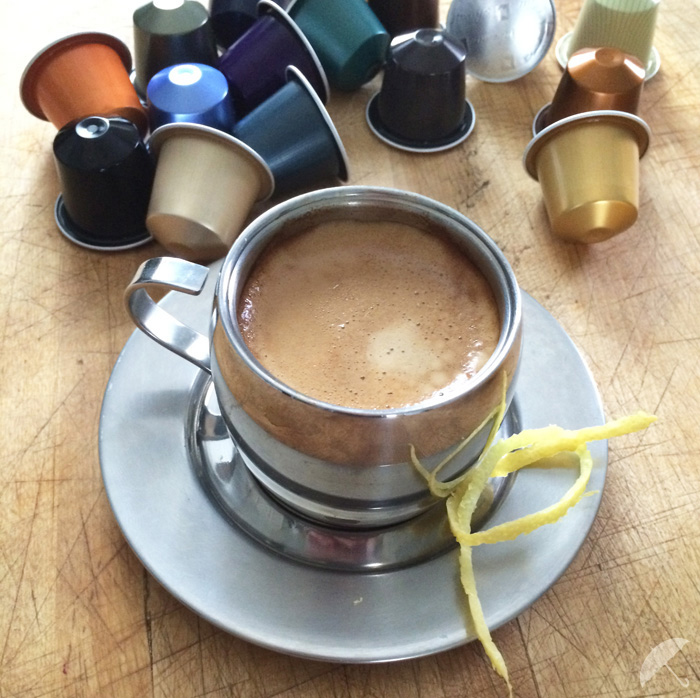 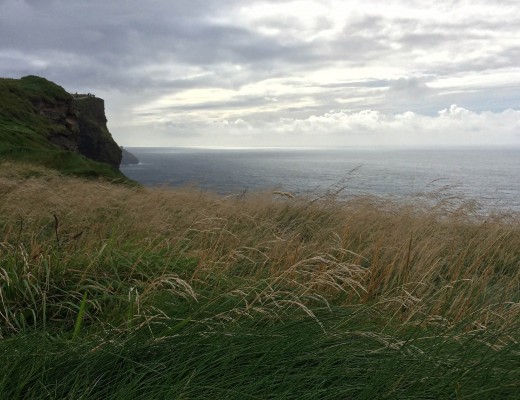 that time I went to Ireland for a bachelor party 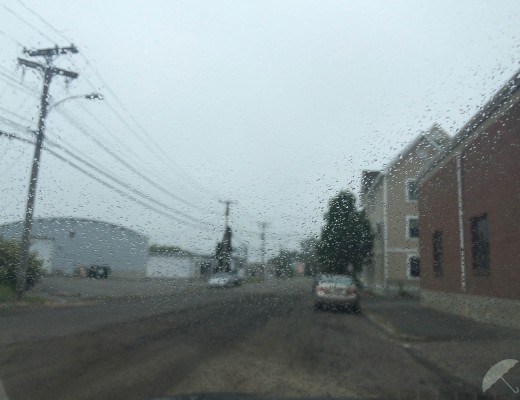 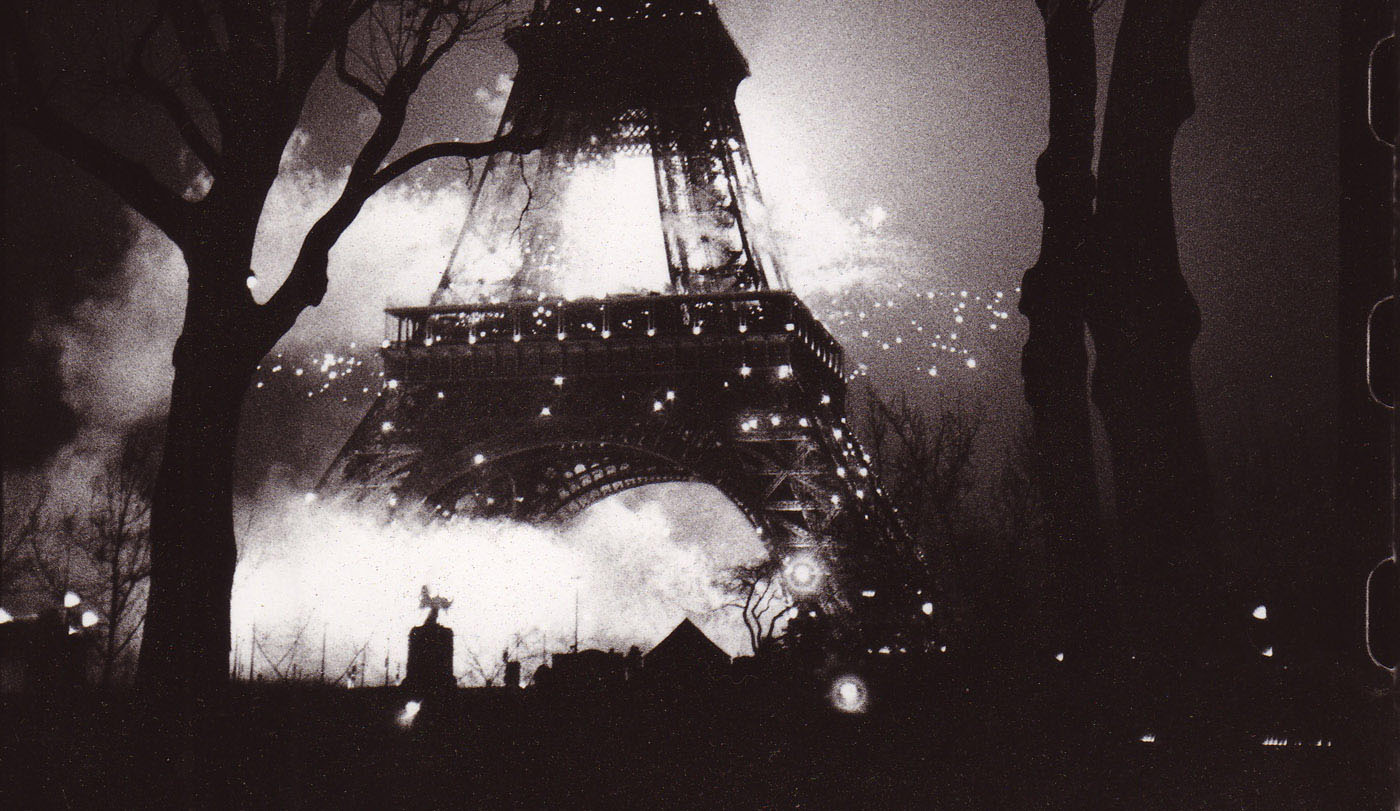