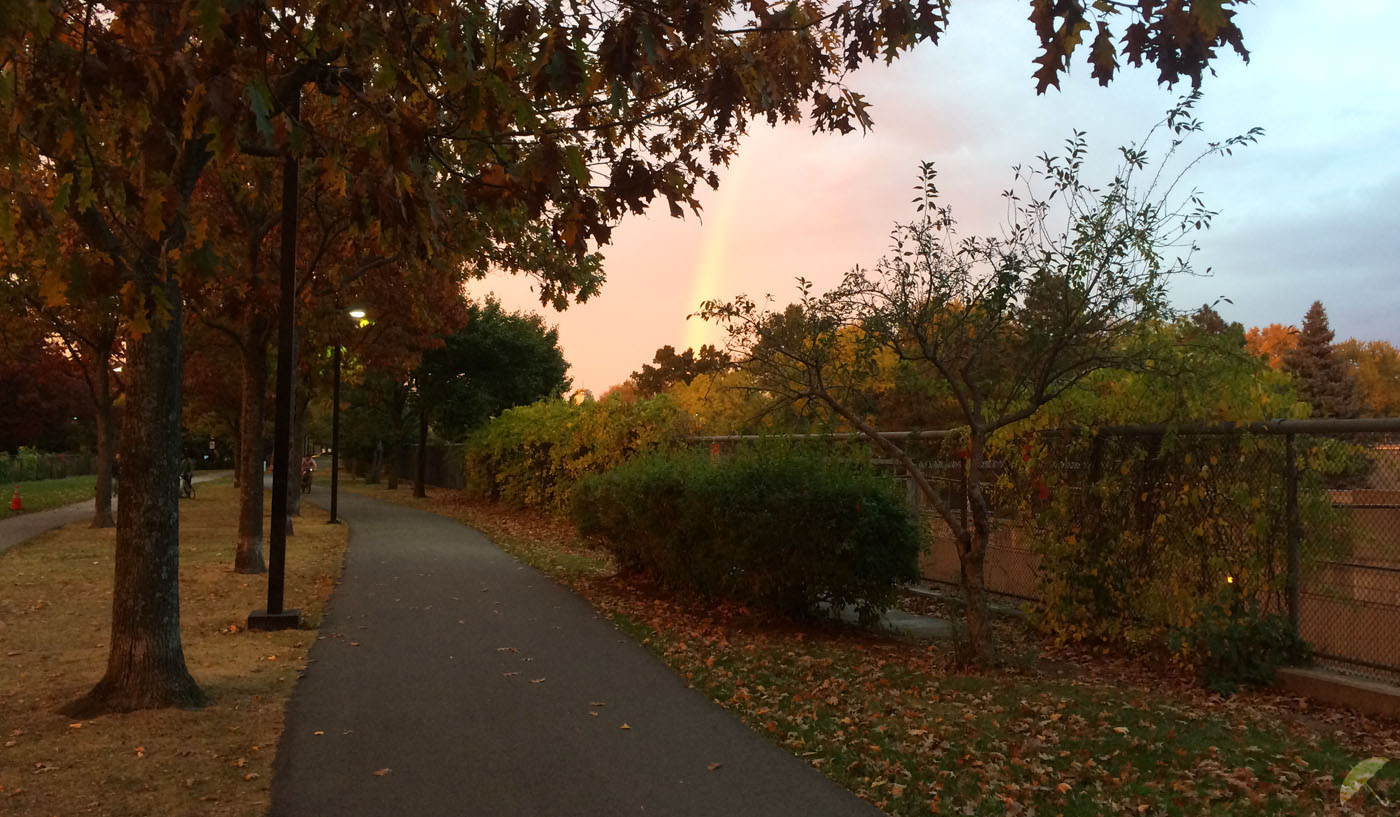 I left my office in downtown Boston and decided that the gorgeous autumn evening presented to me was deserved of a more attuned commute. Normally, I descend the stairs into the Chinatown T stop (that’s Boston speak for the subway) outbound towards Forest Hills; but I instead decided to hop on one of Boston’s newest additions to the city–the Hubway bicycle. What better way to enjoy the crisp autumn air and dramatic departing of the summer sky than on two wheels coasting down Tremont. 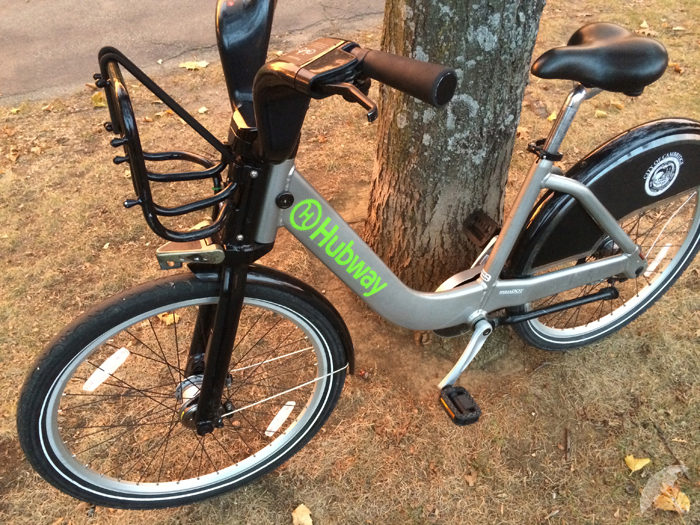 Hubway is a shared bicycle service with bicycles parked at several “hubs” throughout the city. Hubway bikes can be picked up and dropped off at any hub and unlike zip-car they do not need to be returned from where they were picked up.

Find out more at thehubway.com.

It’s interesting because I’ve never really thought of Boston as being a super bike-friendly city; however, perhaps this is changing.

Over the Summer I noticed an equal amount of tourists and Bostonians using Hubway. Interestingly, I saw a lot of guys in business suits zipping down Essex, ostensibly rushing towards the Financial District. It almost seems like it’s become a tandem mode of commuting to shave an extra few minutes from one’s walk from the T-stop to the office.

This, as opposed to New York City, where the similar Citi-bike is viewed by most residents as yet another nuisance wielded by those damn tourists. “We are what? Putting annoying tourists on bicycles? Are you fucking kidding me?”

Back to my ride home… I approached the Hubway kiosk and it took me a few minutes to figure out the payment mechanism (having zero idea about how Hubway works). The transaction was simple enough but I was kind of disappointed in the pricing. I just wanted to use the bike to get home and my only option was a 24 hour pass: SIX BUCKS. So unfortunately this is kind of steep for a quick one-way ride. 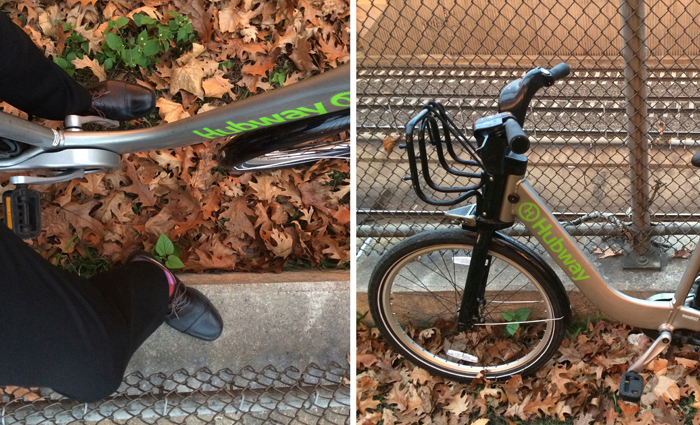 I also had to hustle home in at least 30 minutes as this is the maximum amount of time you are allowed to have the bike out and about. So, kind of another drawback, but I suppose this is to keep people from leaning the bike somewhere and having it ripped off. Although, I can’t imagine anyone wanting to steal this particular bike.

When completing the transaction you are reminded to use a credit card rather than a debit card because after you make your rental purchase a $100 hold is placed on your card as a kind of security deposit. (The hold may be reflected up to 7 days.)

Not being too keen on the pricing I later investigated the Hubway website and looked into their other plans/options. Hubway indeed offers various memberships including a one year plan for $85 (they send you an electronic key). They also have monthly plans for $20–so a Hubway membership is probably the way to go.  (Keeping in mind that a year membership excludes winter when the bikes are not available–makes sense, this is Boston after all.)

The bicycles themselves are very heavy and very slow. Even in the max gear setting and plenty of calf muscle I couldn’t get the bike past a slow jog. But, I mean, it’s not like you are going to race a Triathalon on this thing, although that would be really funny to see. 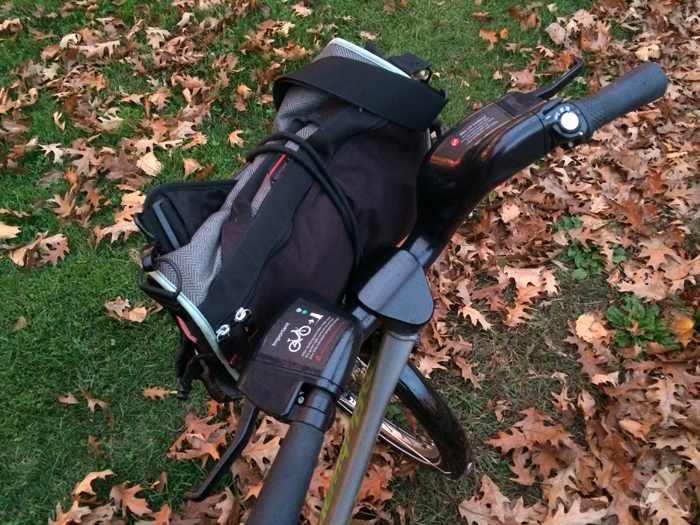 The bikes do come with a front basket equipped with a bungee cord. This is a great idea as it comfortably fit my messenger bag.

I knew there was a reason I wanted to bike home. Once in the heart of Jamaica Plain I saw the most amazing sunset… we just don’t get these out here very often. It was so intense I was willing to pay the late fee. 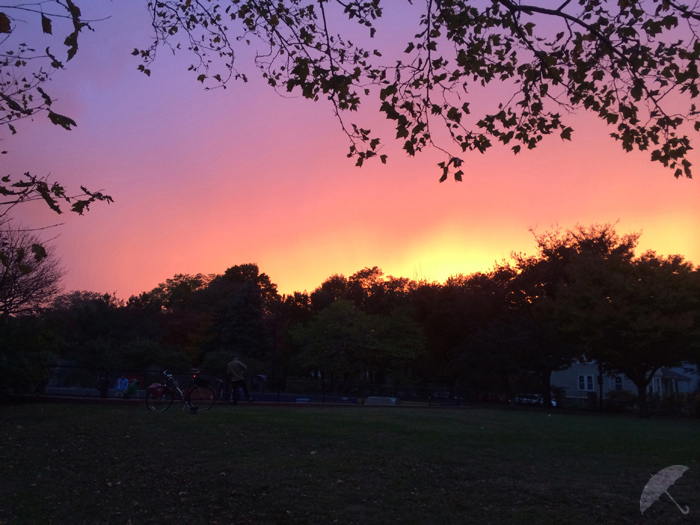 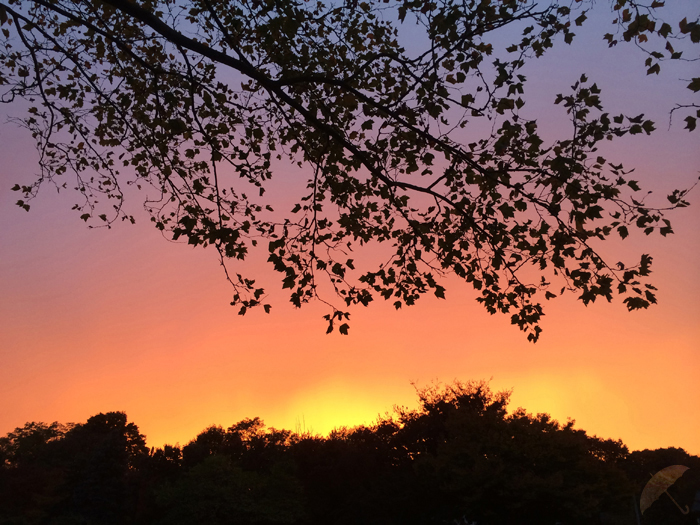 In short–I think Hubway is a nice addition to the city. Would I use it again for a random bike ride home? Probably not… but I might consider a membership next Spring. You never know when a bicycle is going to come in handy. Or when there might be a stellar sunset waiting for you on the Southwest corridor bike path. 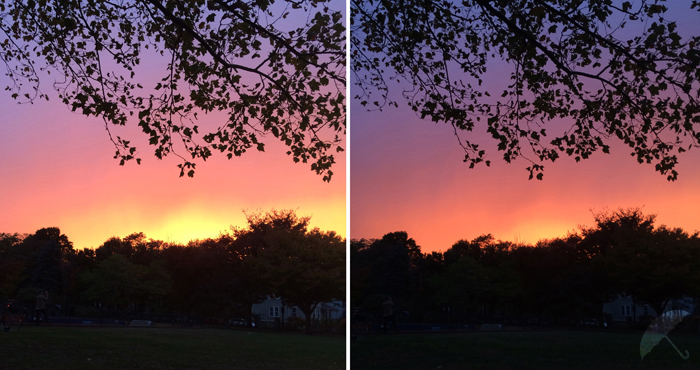 photos taken within a minute of each other… no photo retouching, all of these were taken with my iPhone. 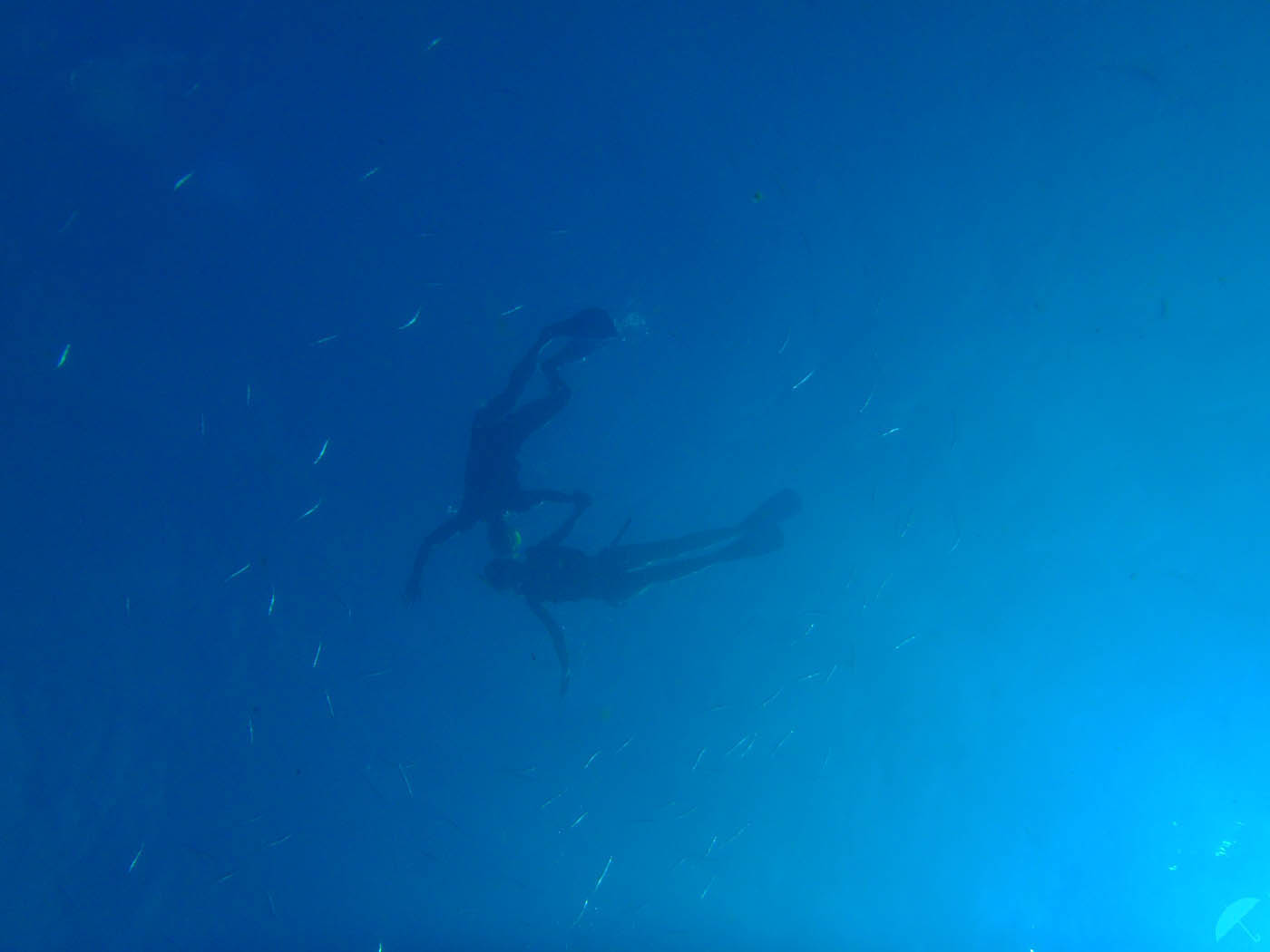 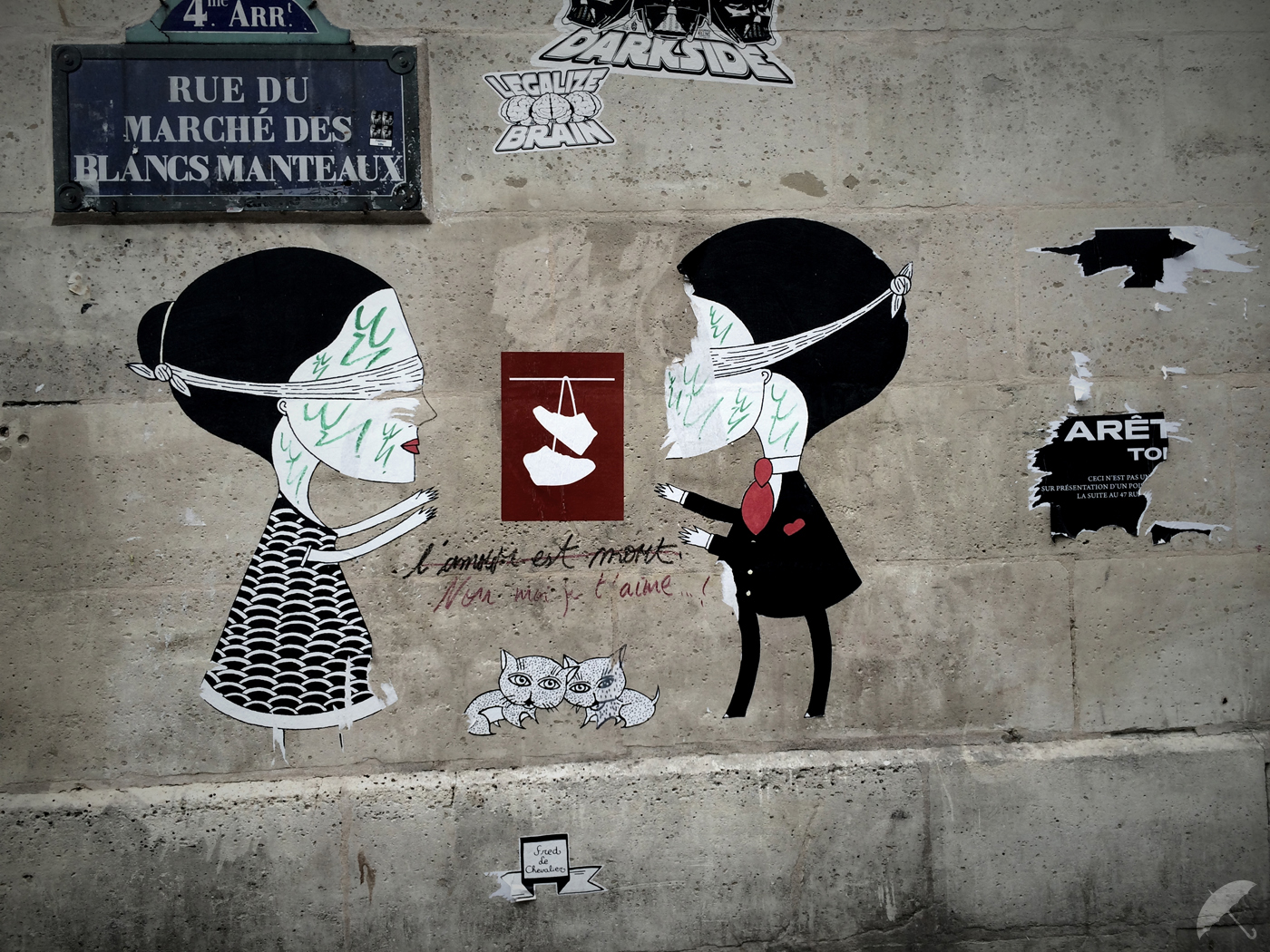 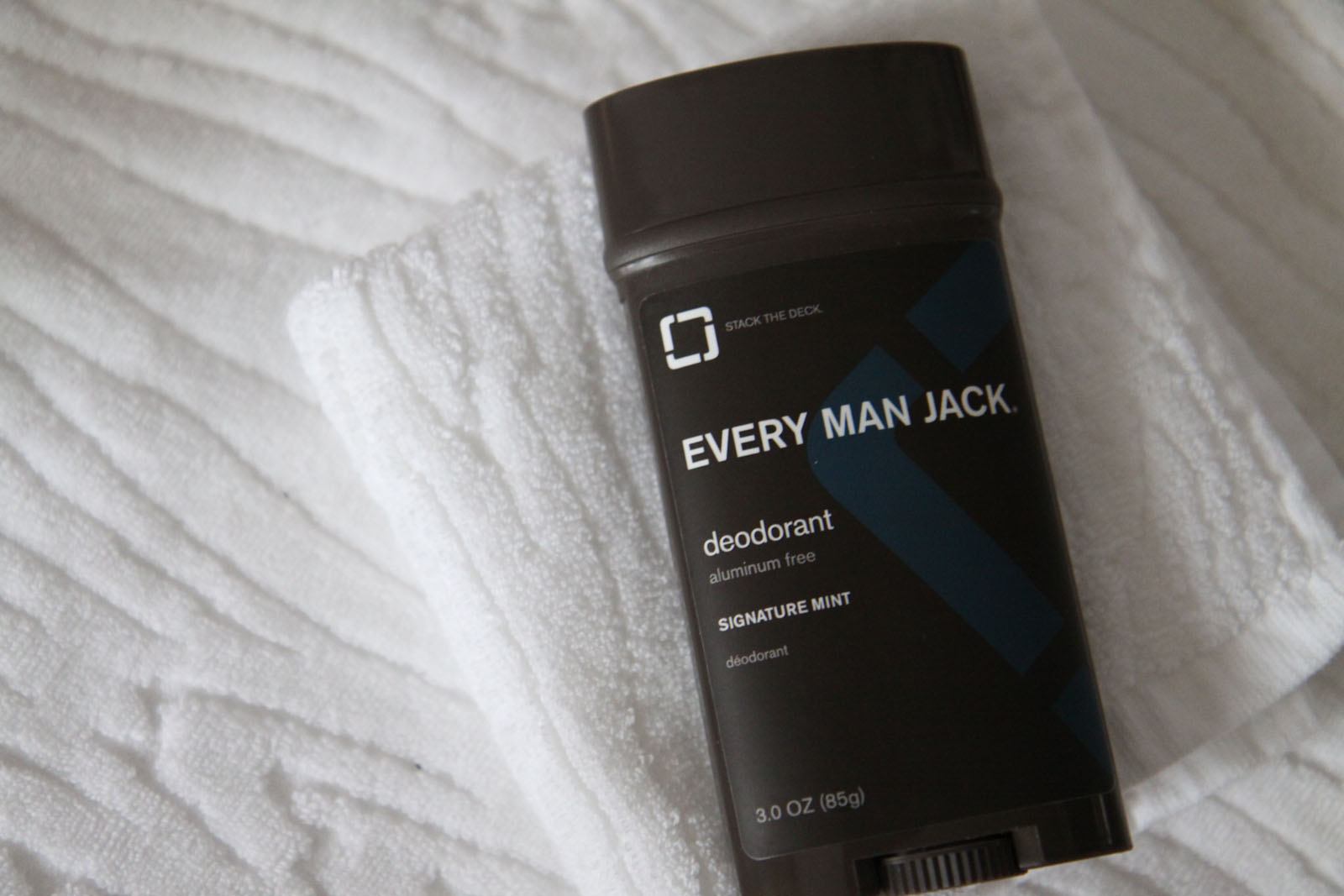