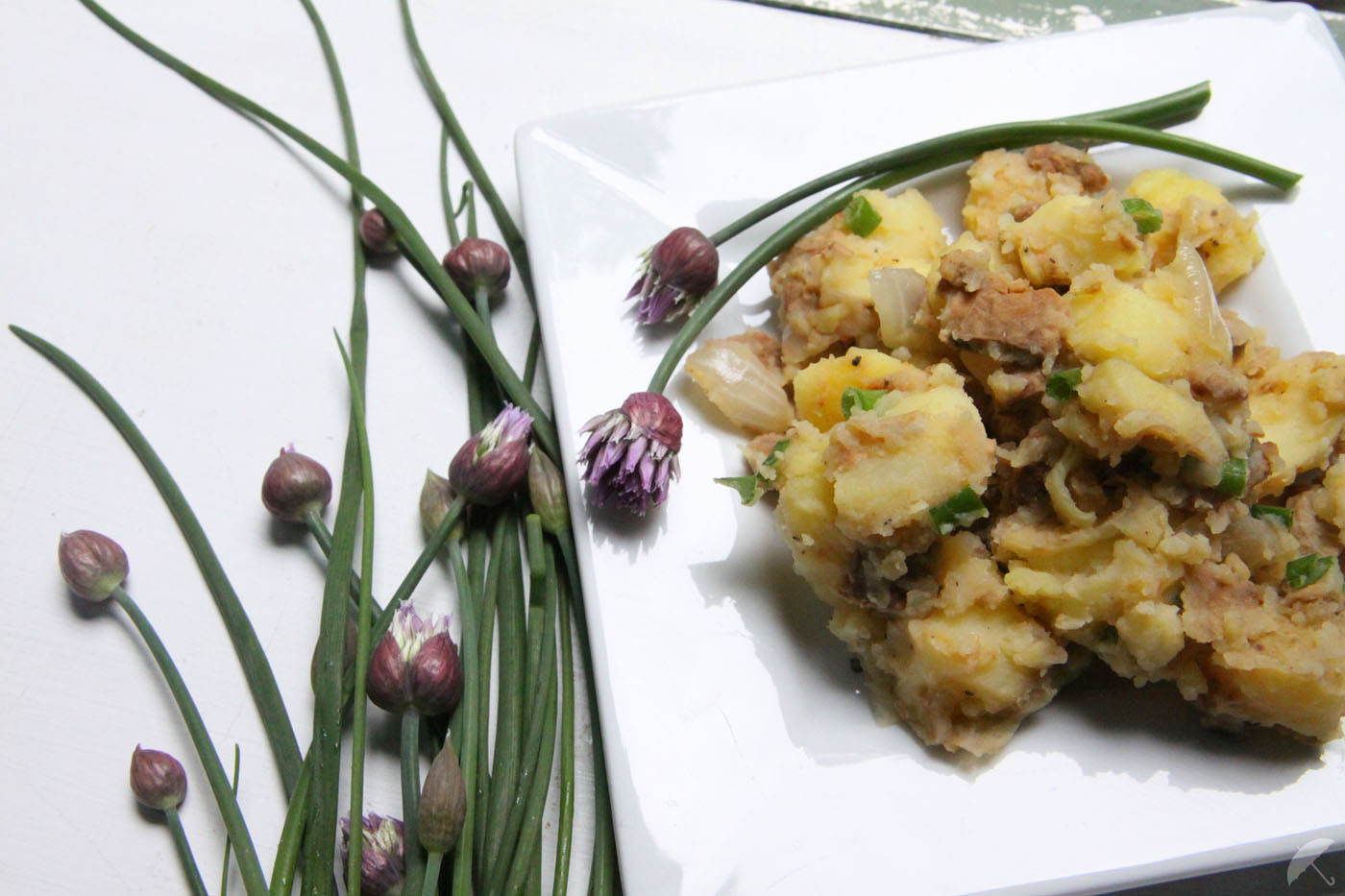 It’s officially summer cook-out season! For starters the very first local produce options are starting to roll in… garden fresh chives. (So pretty!) I bought mine at our local market City Feed right down the street. 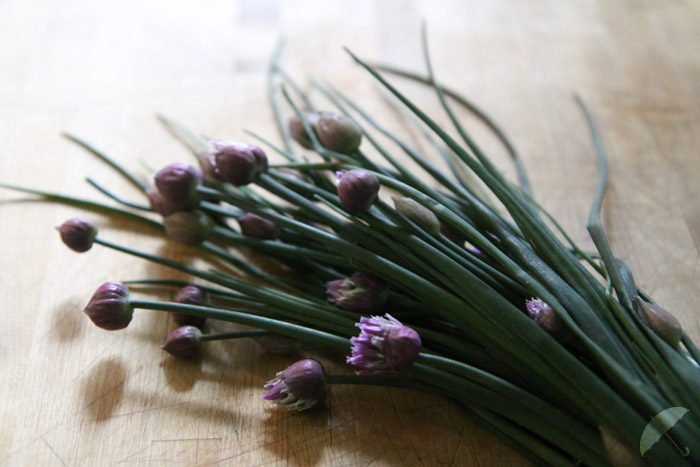 I grew up in Wisconsin–land of cheese, bratwurst and beer. Cooking out was a regular festivity especially during the balmy summer months. As a kid, one of my favorite dishes was always German potato salad. Something about the salty and slightly sweet zestiness did it for me.

I recently attended a cook-out where half the attendees were vegetarian, so I wanted to bring something that everyone could enjoy; hence my attempt at German potato salad–sans bacon. As someone who gave up pork almost a decade ago I can’t judge for sure if this comes close, but I can definitely say it’s pretty tasty.

Rinse potatoes and cube into 1/3″ pieces. Add potatoes to a pot and cook until al dente. (Don’t over cook or you will end up with mashed potatoes!) 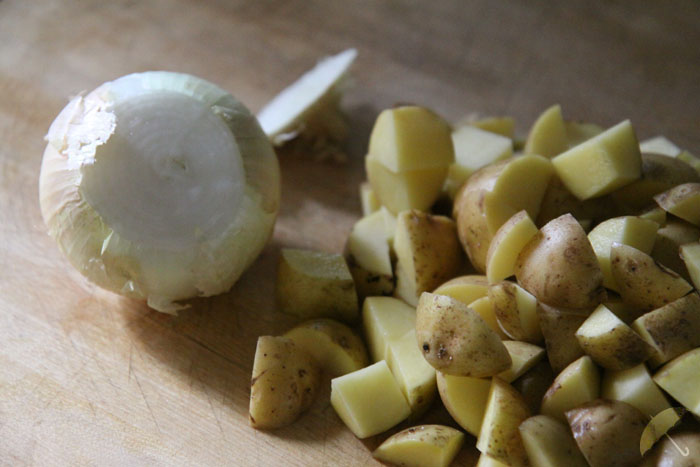 In a large skillet sauté onion over low-heat until clear in 1-2T of olive oil. Dice fake bacon and add to the onions. For crispier “bacon” turn heat up until the tempeh becomes a little crispy. Reduce heat and add 1/2 cup vinegar. Allow the flavors to sublimate over very low heat. 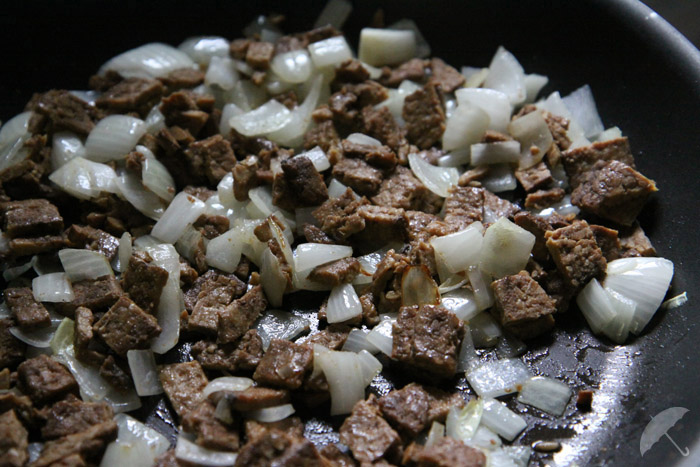 Drain potatoes from water and allow to cool.

Once potatoes are relatively cool, in a large mixing bowl combine the potatoes and onion/fakin’ bacon and vinegar mixture. For a final touch add chopped fresh garden chives. Salt and pepper to taste. 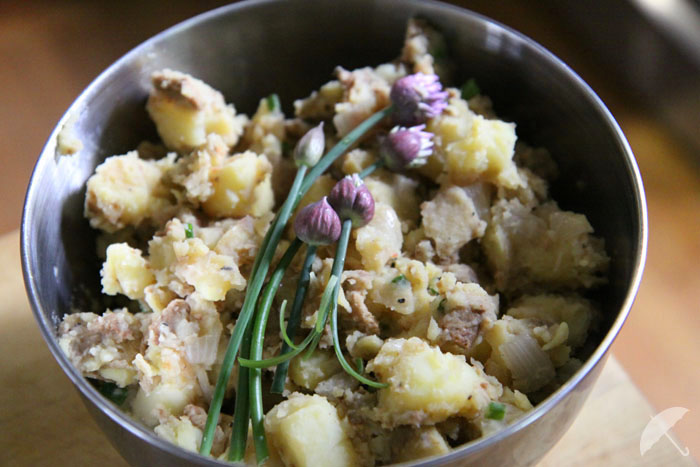 If you find the potato salad isn’t creamy or “wet” enough you can add a little olive oil or additional vinegar. 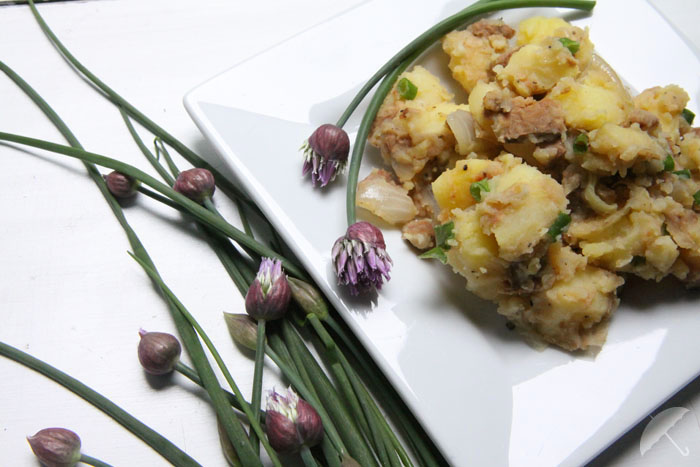 I’ve found veggie options to be fairly limited at most eating get-togethers. So why not surprise your guests with this dish! As always let me know what you think… love the feedback. 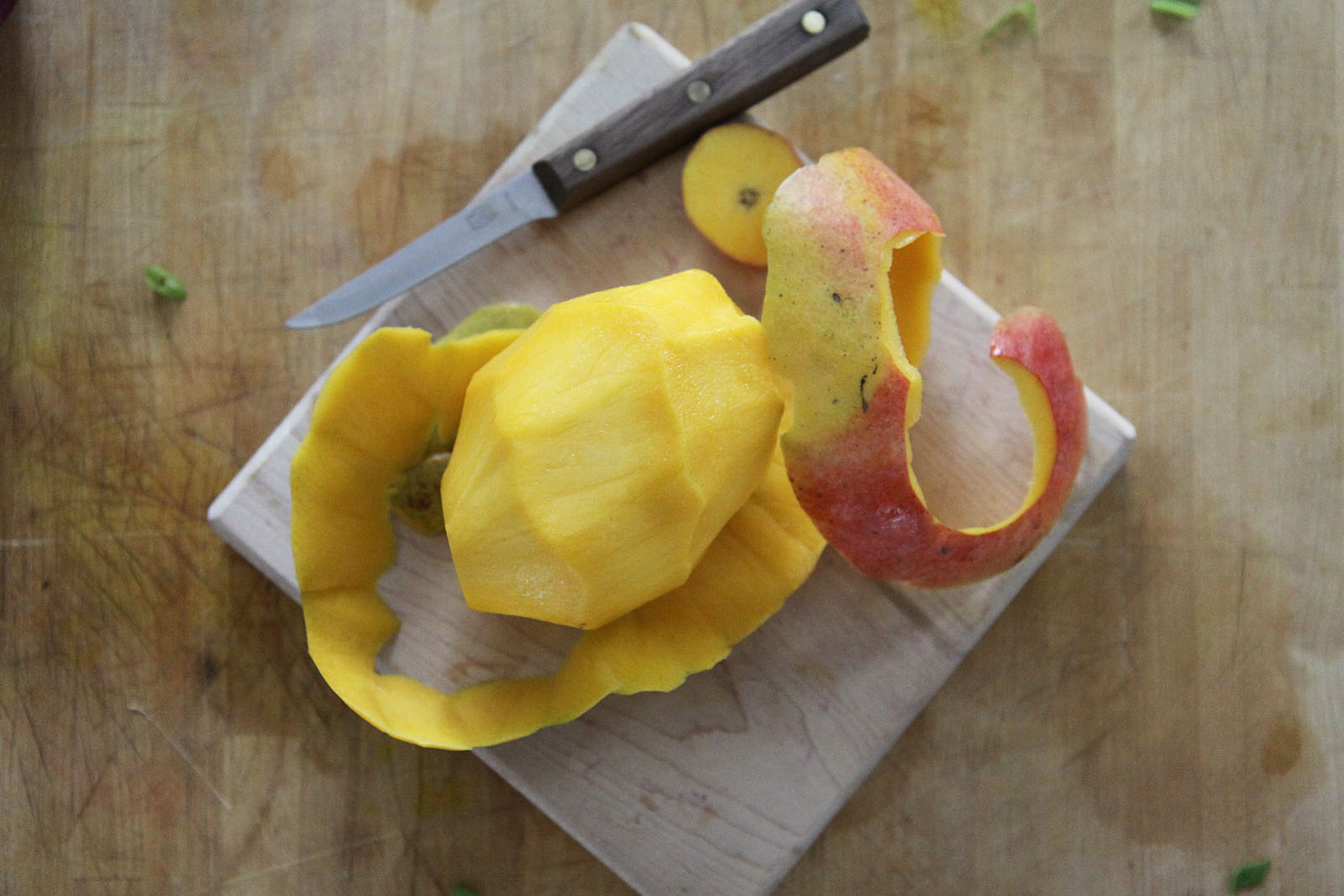 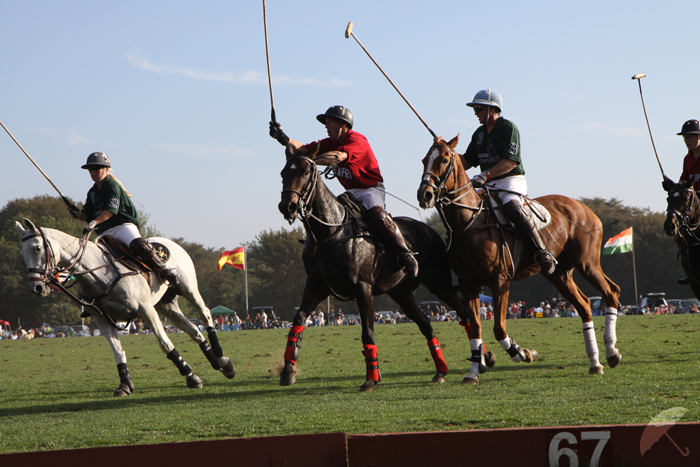 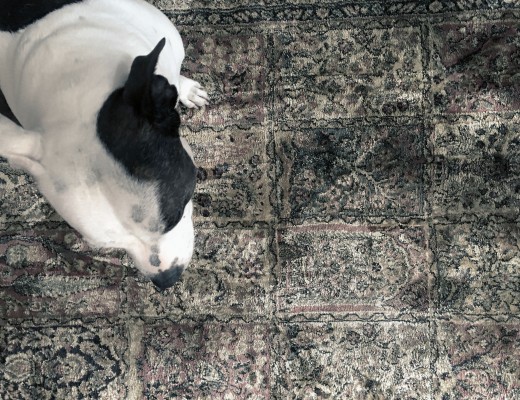